Who uses the registration service?

The registration service is used and trusted by thousands of creative individuals and creative industries all over the world. From public sector and government agencies, to large and small businesses, enterprise start-ups and private individuals.

The service was originally established primarily for individuals and small companies as it is these creative individuals who are often at most risk from plagiarism.
Even today, the majority of clients are individuals and small businesses - such as web and graphic design companies, software developers, authors, poets, film directors, songwriters, artists and many more. The service is also widely used by legal professionals registering work on behalf of their clients.

Our confidentiality policies normally prohibit revealing the names of any of our clients; but a few organisations that use our service have kindly allowed their names to be listed on this page, to illustrate the range of business types that registrer work with us. 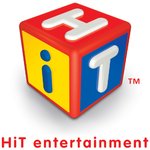 A leading distributor of children’s TV programming, including such shows as:
Thomas the Tank Engine & Friends™, Bob the Builder™, Art Attack™, Angelina Ballerina™, Roary the Racing Car™, Rainbow Magic™, Fifi and the Flowertots™ and Fireman Sam™

The Scottish Funding Council is the national, strategic body that is responsible for funding teaching, research and other activities in Scotland’s 43 colleges and 20 universities and higher education institutions.

One of the many NHS primary care trusts that use the registration service.

Scottish Cycling is the internationally recognised governing body of cycling in Scotland.